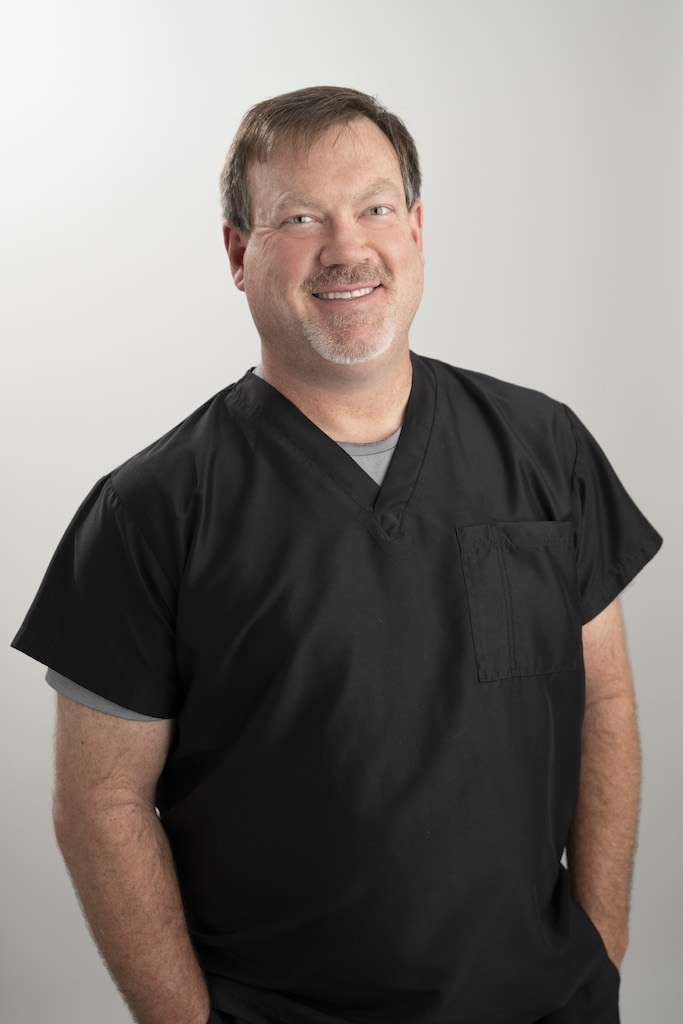 Dr. Lee Smith grew up in Colorado Springs, which he affectionately calls “the greatest city.” When he was a child, Lee’s mom, Sharon, was an assistant to a local dentist and, as a teenager, Lee shadowed the dentist to learn more about the profession.

“What appealed to me was the personal contact with so many people and being able to make a difference in the way people feel about themselves and the way the world would see them,” he says.

Lee attended Regis University for his undergraduate education and received his Doctor of Dental Surgery degree from the University of Colorado School of Dental Medicine in 1994.  As a young doctor, Lee joined the practice of Dr. Al Ernster in 1994, and in 1995 he bought the practice, becoming the owner and lead dentist. The practice moved to HollowBrook Drive in 2001 and changed its name to HollowBrook Dental. In 2021, Dr. Smith and partner, Dr. Eric Erlander opened a second practice together, Breathing and Sleep Center of Colorado Springs where they diagnose and treat breathing and sleep disorders caused by airway restriction due to underdeveloped jaws.

Beyond Dr. Smith’s experience in general dentistry, he is also a Diplomate in Breathing and Sleep Academy and has extensive training and experience in full arch rehabilitation. Dr. Smith has training and cooperation with Mark Nelson, CDT, founder of Digital Edge Dental Laboratories. Nelson is one of the most highly trained Lab Technician’s in the nation. Dr. Smith brings his advanced training in photogrammetry using the imetric 4D digital acquisition camera and software which ensure accurate and exact dental implant placement.